BUSAN — The Lotte World Adventure Busan theme park opened on Thursday to entertain thrill seekers in the southeastern region of the country.

The opening of the amusement park is part of Busan’s 6 trillion won ($4.9 billion) mega project to build an Osiria resort in Gijang County, which has added hotels, shops, restaurants, golf courses and other entertainment facilities to make the area a year-round travel destination.

Lotte World Adventure Busan is the port city’s only theme park after the last one in Gwangalli closed in 2019. 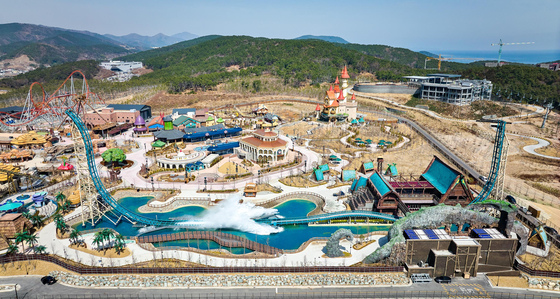 The new park spans some 158,000 square meters (1.7 million square feet), an area approximately 20% larger than Lotte World Adventure Seoul, and has all of its facilities and 17 outdoor rides, different from the one in Seoul which has 46 rides covering indoor and outdoor areas. 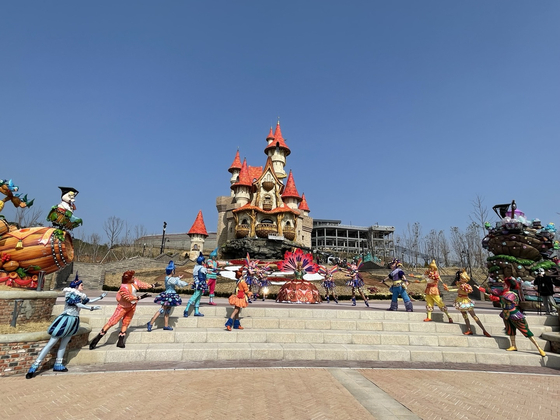 “We will become an icon of Busan’s cultural assets to inspire more people to choose Busan as a travel destination. We will create synergy with other facilities in the Osiria tourist complex by bringing all the know-how we have accumulated in the operation of theme parks.

The park’s Giant Swing ride lifts you 44.8 meters (147 feet) off the ground for a great view of Haeundae Beach before letting you go and swinging back and forth like a seesaw. It also rotates to face inland buildings and mountains. It moves similarly to Lotte World Adventure Seoul’s Gyro Swing, but its pillars are taller for larger movements. 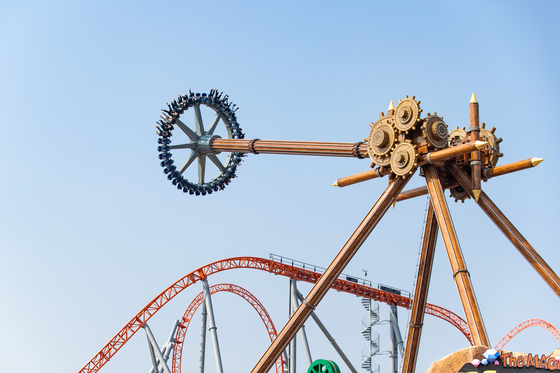 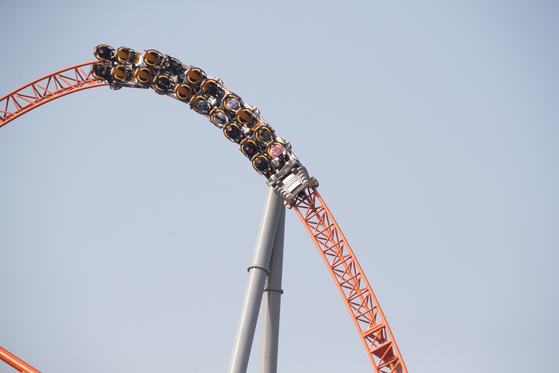 Giant Splash is a boat ride that rises 44.6 meters to fall at a speed of 100 kilometers per hour into a pool of water to create a splash that reaches not only those traveling but also spectators.

“With the strong winds that come from being on the edge of the sea water, the thrilling rides focus more on speed or turns than the sudden drop from above,” said Ha Heon-min, director General of Lotte World Adventure Busan.

To avoid too many people visiting right after opening, due to Covid-19 concerns, the park is taking reservations online to limit daily entries to 6,000 until April 10. 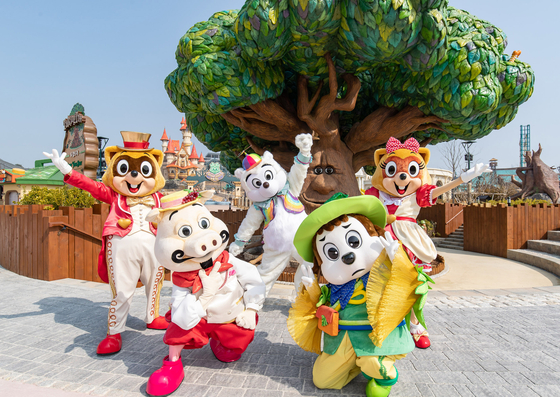 The entire Osiria tourist complex occupies more than 3.6 million square meters and all facilities are expected to operate from 2028. Aquaworld Busan, an ecotourism resort, is under construction, and the global resort chain Banyan Tree Group plans to open Banyan Tree Busan in 2024.

The city expects the tourist complex to attract around 20 million visitors a year. It takes about 20 minutes by car to get to the resort from Haeundae Beach and about 30 minutes from Busan Station.