Korean audience feedback for his new romance thriller ‘Decision to Leave’ is more important than winning a trophy at the Cannes Film Festival, director Park Chan-wook said at a press conference on Thursday at the JW Marriott Dongdaemun Square Seoul.

Park won the best director award for his new film on May 28 at the 75th Cannes Film Festival in the south of France.

“This film, in particular, is different from my previous work in that it contains many elements that only Koreans can understand. In particular, I think Tang Wei’s Korean lines are special,” Park said. “It’s more important than winning an award at a foreign film festival. I’m more curious and nervous about the feedback from Korean audiences.

Park’s new movie centers on a polite and honest detective named Hye-jun (Park Hye-il). Hye-jun investigates a suspicious death on a mountain and comes to suspect the deceased’s wife, the mysterious Seo-rae (Tang Wei). At the same time, Hye-jun also becomes attracted to her.

The director explained that the character Hye-jun was inspired by the Swedish novels “Martin Beck” written by Maj Sjowall and Per Wahloo.

“I thought about making a movie with a detective who is like the one in the novel, who cares about others and has mild manners,” he said.

“If we were to use the song ‘Mist,’ the movie had to be a romance movie,” Park said. “So the writer, Jung Seo-kyung, and I decided to make a romance movie with a detective character. This format came naturally.

The new film is both a romance and a detective story, according to the director.

“In an interview at Cannes, I was asked if the new film could be described as 50% romance and 50% investigative film, and I said it’s was 100% romance movie and 100% crime movie I’m not trying to play with words here I’m trying to say the key point is that you can’t separate the two,” Park said. “All the work the protagonist does as a detective is also the process by which he develops love, so they can’t be separated.

During the press conference, Chinese actor Tang Wei spoke about his first meeting with the accomplished director.

“Director Park told me the story for an hour and a half and I was so nervous listening to it. I listened to it while drinking lots of water and having snacks,” Tang said.

Park Hye-il also opened up about meeting the director of the new film.

“I was very curious to hear that the director would tell a love story in a detective film. After reading the script, I realized that it was different from the work that Park had done,” said the actor.

The director explained how his new film is different from his previous works which are more provocative and violent. 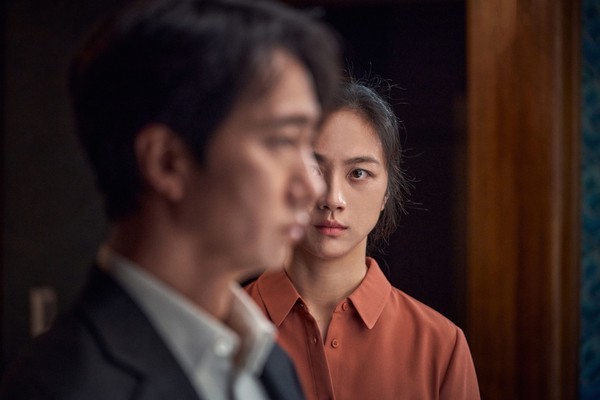 “I wanted to do things differently this time. It’s the story of a woman who hides her feelings, so I wanted the audience to want to take a closer look inside her mind. It had to be done carefully to show the subtle changes in his feelings. To do that, I had to limit any provocative elements,” he said. “If my film is music, it’s a song with a singer who sings in a delicate and soft voice, so I thought it was necessary to lower the sound of the drums or the guitar.”

Chinese actor Tang also agreed that the tone of “Decision to Leave” is different from the director’s previous films.

“The director’s previous work was like strong-tasting kimchi. But this film has a new vibe of Lake Xi in Hangzhou, where I grew up. If I had to describe it as a taste, it would be a little sweet and fresh” , she said.