Korean idols Lee Min Ho, Park Seo Joon, Lee Soo Hyuk, BTS V and more have set the internet on fire after being spotted at a private event in Seoul. Want to know more about their last interaction? So read on!

According to sources, some of the well-known South Korean stars were invited and gathered at a party hosted by famous liquor brand KHEE Soju, which was founded by Eva Chow, a well-known fashion designer. 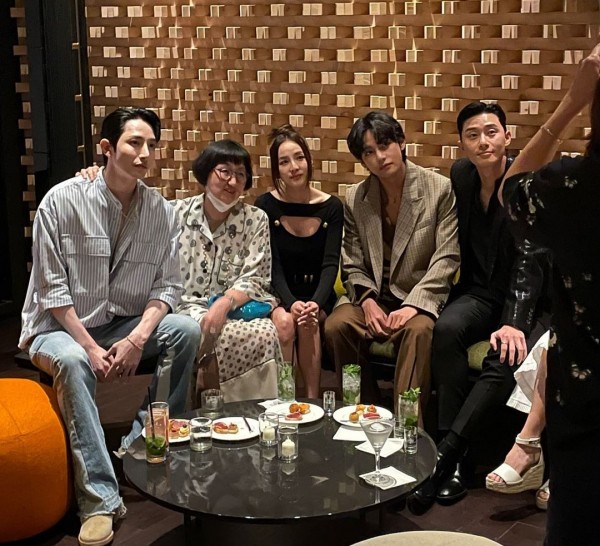 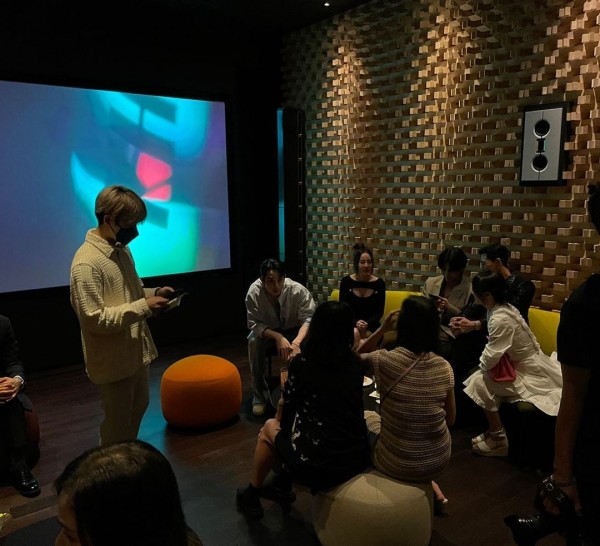 Park Jun Hee, the chairman of Club Sound and Club Race of Cheongdam Lounge, was the one who hosted the party.

After the private meeting, Park Jun Hee shared a few snippets on her Instagram, which immediately caught the public’s attention.

Besides the celebrities mentioned, Jun Hee also mentioned K-drama actors Lee Min Ho and Lee Jung Jae in his caption who were in attendance at the event. Although there weren’t many photos of them, the host made sure to recognize them in the post.

it is located at Ode House
(there is one of the participants who also said that Jung Ilwoo came 👀)#LeeMinho #minoz #이민호
🔗https://t.co/BqmD2aIXh2 pic.twitter.com/Zl2wd7lJMP

On the same day of the event, photos of Lee Min Ho were uploaded, proving that the main “Pachinko” star was at the KHEE Soju party.

OMG THIS IS CF LEE MINHO MADE FOR KHEE SOJU PLAYING RIGHT THERE!!! pic.twitter.com/Vtlsl0HQpj


Apart from that, the idol was said to be credited as the creative director of the brand’s promotional video shown at the VVIP party.

Meanwhile, on July 24, model and soon-to-be Hollywood actor Park Seo Joon made an Instagram story update in which the main star of “Itaewon Class” shared the signed product he received. from BTS member J-Hope who just released his solo album. “Jack in the box. 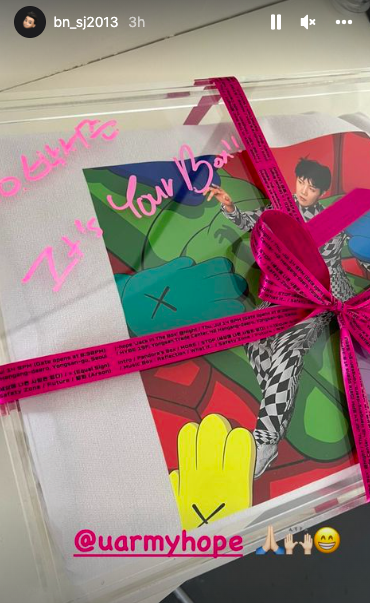 Meanwhile, “Wooga Squad” (consisting of BTS V, Park Seo Joon, Park Hyung Sik, Choi Woo Shik, and Peakboy) will be making their debut on the reality show “IN THE SOOP.” The first episode already aired on July 22 and is expected to air three more episodes in the coming weeks.

You can check out Wooga Squad’s “IN THE SOOP” on Disney+ Korea.

IN CASE YOU MISSED IT: Park Seo Joon surprises fans with THIS before “In The Soop” airs

What do you think of the recent interaction of your favorite K-Drama stars? Tell us in the comments!