As the principal of one of the country’s top universities, Korea University President Chung Jin-taek strives to create a campus environment where no international student is excluded just because they is foreign – tackling one commodity at a time. [PARK SANG-MOON]

Sitting in an American classroom nearly 30 years ago, Chung Jin-taek remembers feeling “included.” The language barrier existed, but that did not prevent him from obtaining a doctorate.

“Not once did the teachers ask me why I didn’t speak English,” Chung recalled. “They had so much patience with me and accepted me for who I was.”

Fast forward to 2022, Chung, who is now president of Korea University, wonders why the same can’t be done for international students in a Korean classroom.

“When international students come to Korea, they have to endure so many things besides language and cultural barriers,” Chung told Korea JoongAng Daily in a recent interview.

“Some Korean students don’t want to be on the same team as international students for group projects or look down on them if they come from a poor country.”

At Korea University, these shortcomings are addressed on several fronts, Chung pointed out.

“That’s why we founded the Diversity Council in 2019, the first private university in Korea to do so, with a mission to foster a campus culture that respects people from different backgrounds, including foreigners and people with disabilities,” Chung said.

“And that’s why in 2017, we established the Global Services Center, which provides close support to international students from their arrival in Korea to receiving the mentoring services they need at school.”

In the interview, conducted by Cheong Chul-gun, CEO of Korea JoongAng Daily, the president of Korea University explained how his school refuses to rest on its laurels as one of the best universities in the country and what international students could expect once enrolled.

Here are edited excerpts from the interview.

What is Korea University’s greatest strength?

Among Korean universities, we have the largest global network. We have partnerships with more than 1,000 universities and organizations from 99 countries, which enables us to send our Korean students to foreign universities as exchange students and, in return, to receive foreign students in our school. Five years ago, international students from nearly 30 countries came to our school for an undergraduate degree, but today that number is around 70. We also have the schools largest programs in summer and winter in Asia, respectively called International Summer Campus and Campus international d’hiver. International students and teachers are welcome to learn and teach a wide range of English courses, with students earning college credit at their home university. Approximately 2,600 students from nearly 300 universities in 60 countries around the world participate in the programs each year. 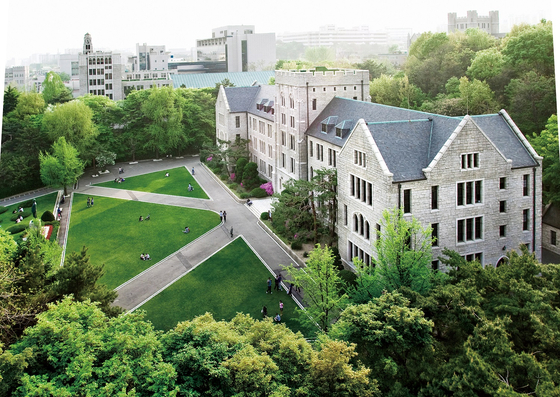 What benefits are offered to international students at Korea University? 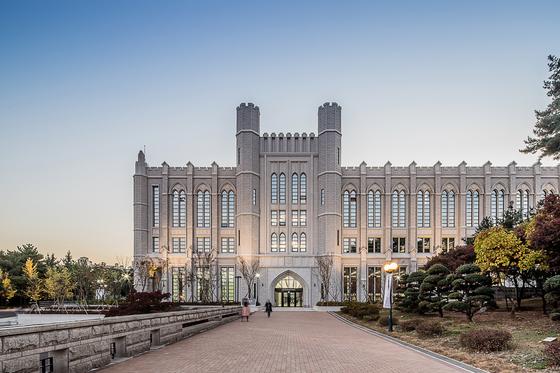 What is Korea University’s globalization strategy?

For Korea University, globalization is about laying the foundation for more talent in high-tech fields, finding new ways to invite brilliant minds from foreign countries, improving our English, to offer well-organized programs and to design stronger support measures for international students and faculty members. By inviting more international students to our school, we hope to increase international exchange and also export our educational content to other East Asian and developing countries. We are in the process of working in partnership with foreign universities to design dual degree programs and establish a “global college”. 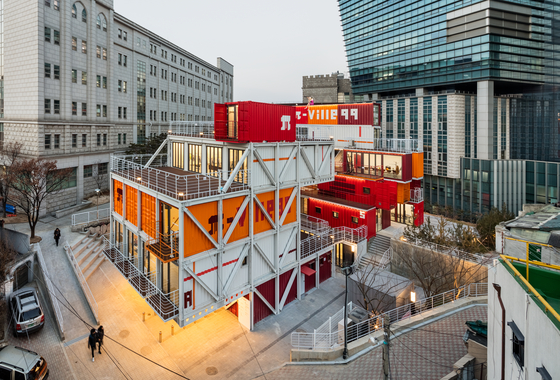 The π-Ville 99, where students are encouraged to carry out creative group projects in studios made from shipping containers [KOREA UNIVERSITY]

Are there any difficulties in pursuing globalization?

Regarding globalization, I think all Korean universities have been hit hard by the Covid-19 pandemic over the past two and a half years. Student exchanges have been significantly restricted, especially in 2020, the first year of the pandemic, when many international students who had planned to study at a Korean university for a degree or come for an exchange program have chosen to take time off, postpone their plans, or completely abandon their decision to come to Korea. Overall, we are trying to improve our services for international students in our journey towards creating a truly global campus. Some of our administrative staff are not fluent in English, which makes it difficult for international students when they receive emails they cannot understand. And not all international students are comfortable with English. When they don’t speak Korean either, communication between teachers can become very difficult. We try to solve these problems by thinking from the perspective of international students and determining what they need to better adapt to their Korean school life. 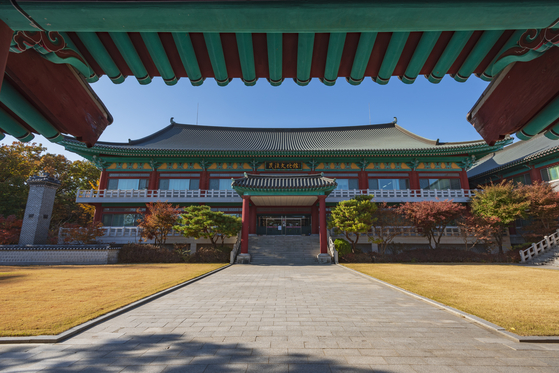 Discussions on the creation of a government agency dedicated to immigration are resurfacing in the Yoon Suk-yeol administration to deal with the decline of the Korean population. One of the key ideas seems to be to invite more foreign talent. What role do you think Korean universities have in this particular mission?

I think Korean universities should cooperate closely with the government to grant admission to top-performing foreigners and encourage them in a way that could help Korea become a more developed country. As Korea’s population continues to decline, many Korean universities are at risk of closing. A loss of competitiveness in the national higher education system will lead to a loss of national competitiveness, which would inevitably trigger a national crisis. 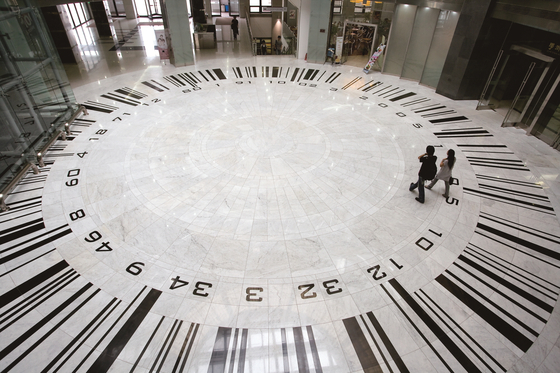 The hall of Centennial Memorial Samsung Hall, which features numerals that symbolize the monumental dates of the school’s 117-year history [KOREA UNIVERSITY]

What advice do you have for foreigners wishing to study in Korea one day?

In the past, students who wanted to study abroad went to the United States or Europe. Korea was not on the list. But not anymore. Korea has such a rich history. It is geopolitically located between the big countries, and in a short time it has gone from a poor country that received help from the international community to a developed country that now helps others. It is a dynamic country and a cultural powerhouse best known for K-pop and K-dramas. I think it’s a great country to study and take on new challenges. I always tell my Korean students to explore new opportunities through extracurricular activities. Students who grew up in a rich environment can learn a lot by traveling to a developing country or even traveling to Korean rural areas. It is through these experiences that they learn something, chart their future and think of ways to achieve their new goals. How about studying mechanical engineering? You must have a vision of how you are going to use your mechanical engineering knowledge. I would like to say the same to future international students: challenge yourself in Korea! 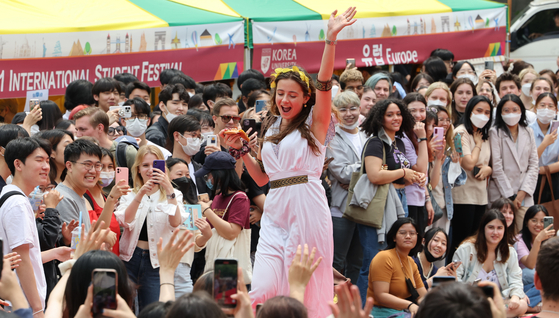 Chung Jin-taek is the 20th president of Korea University. His four-year term began in March 2019. He has been teaching mechanical engineering at the school since 1993.

Chung is chairman of the Korea Association of Presidents of Private Universities, the Seoul University Campus City Policy Council, and the Korea University Sports Federation. He is also vice president of the National Academy of Engineering of Korea and the Korean Council for University Education.

Chung received his bachelor’s and master’s degrees in mechanical engineering from Korea University and a Ph.D. in the same field from the University of Minnesota.

Department with the most international students (2022)
business school