While staying in the small Mayan town of Felipe Carrillo Puerto, I gained a new perspective of what it means to navigate a pandemic.

Often overlooked by tourists who prefer the more popular neighborhoods of Cancun, Tulum and Playa del Carmen, the stories of Mexico’s hidden Mayan cities are often overlooked. Felipe Carrillo Puerto is now the center of a vast network of Mayan cities and was once the scene of the Caste War, a pivotal event where the Mayan population rebelled against the Spanish Yucatecos and their descendants. As a black Canadian woman of Nigerian descent, I gained a new perspective on how this city survived one of the deadliest pandemics.

My introduction to Mayan culture began with my work at Institute of Na’atik Language and Culture, a language school located in Felipe Carrillo Puerto, Quintana Roo. The school offers Spanish and Mayan immersion experiences for foreigners with an impact initiative for indigenous Mayan children. Mayan children can study English, visit the library, participate in extracurricular activities and gain self-esteem through school.

Continue reading the article after our video

Catherine Gray, an American-born resident, and her husband, Pedro Esquivel Puc, a Mayan-born resident, founded the school due to the lack of programs offered to native children. As the school grew in popularity, it expanded to include the Language Immersion Program (Study Abroad Yucatan, or SAY) and the Maya Youth Scholarship Program.

The school was successful until the COVID-19 pandemic hit in 2020, and things started falling apart. In-person classes were canceled, strangers went home, and Na’atik found himself understaffed and with programs instantly cut. The school has turned to online classes without government assistance to avoid closing completely.

As the vaccinations arrived and the panic began to subside, Catherine invited me to the school to discover the region. I packed my bags with my rusty A2 Spanish and my double vaccination status. I would be living among the Mayans for the next two months, and Felipe Carrillo Puerto⁠—lovingly called “Carillo” would become my home.

After a four-hour bus ride from Cancun, I arrived on a side of Mexico not seen on vacation packages. From a distance, the short, colorful stone houses looked like mosaics, surrounded by lush vegetation and ceiba trees. I have stayed at one of the most outstanding resorts I have visited. It belonged to an elderly couple, a legendary fisherman named Armando, and his firecracker partner Sonja Lillvik, author of The Painted Fish and Other Maya Feasts. The complex had avocado trees, a swimming pool and a giant red boat called Papa Cuzan.

On my first night in Carrillo, the power went out and my internet-addicted privileged self freaked out. Catherine assured me later that this didn’t happen too often and that when she arrived in Carrillo in her twenties, the lack of infrastructure depressed her. The relationships she built helped her through those literally dark times. Soon I would come to appreciate power cuts. When the lights went out, I could take a break from looking at my laptop and lay down by the pool to talk to Armando. I would tell him how cold Canada was right now and he would tell me about his glory days in Punta Allen, the small fishing village in the Sian Ka’an Biological Reserve. Sometimes I would chat with Sonja, who had lived many interesting lives before this one.

I insisted on walking everywhere, so things were tough the first few days. The street dogs were not used to me and often chased me but never bit me. Catherine laughed that the dogs didn’t think I smelled like Carrillo yet. Street dogs weren’t the only ones I entertained. Unlike Tulum and other Mayan towns in the area, Carrillo was not used to black residents, so I couldn’t go anywhere without attracting attention. Children smiled, pointed and looked back as they passed me. The women smiled shyly while the men commented:MorenaI like your color!

Mayan men often used that term when they wanted my attention, and it took me a while to stop turning around to see if they were talking to someone else. The correct term was historically Negro. Morena traditionally refers to mixed-race brown, mixed-race women of European and Aboriginal descent, not black women.

“They try to be complementary; morena is considered a nicer term than NegroNatalia, a Mexican I had met in Tulum, told me later. The only time I was directly called Negro was by Catherine’s young nephew, who innocently kept asking, “Why is her skin black?” Children always tell the truth. 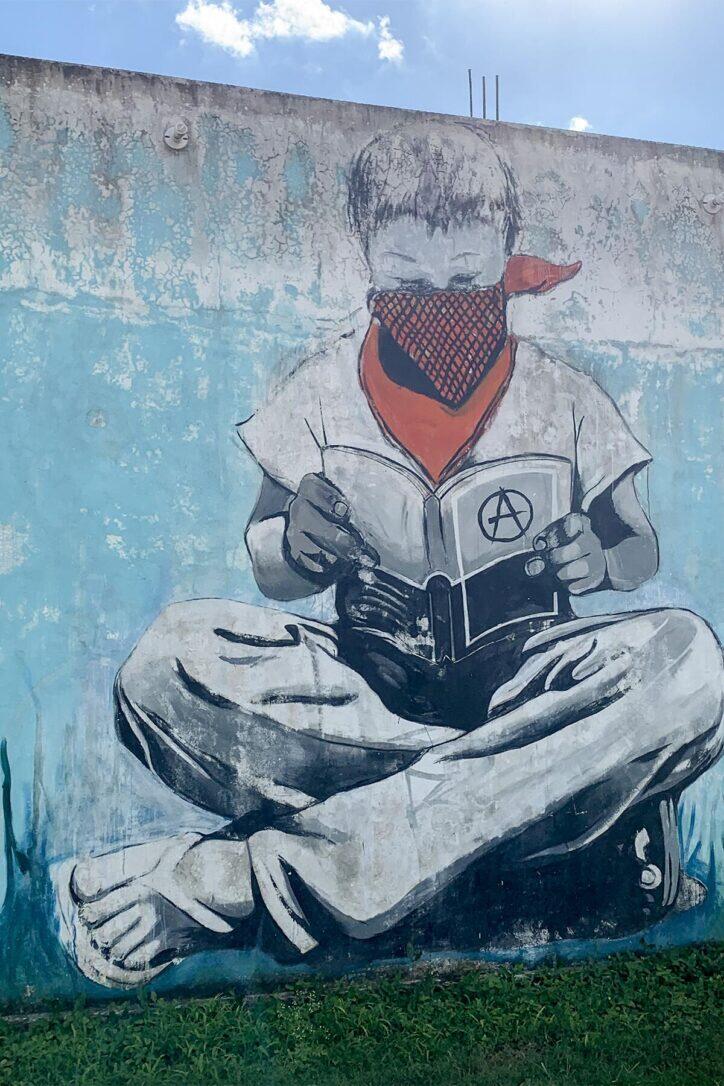 My experience as the only black woman in town

I was not the first black in Carrillo or even the first Nigerian. Catherine spoke fondly of her friend Wisdom, a Nigerian musician who had lived in Carrillo several years ago. Wisdom marveled at how at home he felt as Carrillo, its natural surroundings, the food, the people’s roots and the general atmosphere reminded him of his childhood village, Akwukwu.

I was also starting to feel at home because eventually the locals got used to seeing me in the same places. Whether it’s picking up my laundry, getting fruit at various fruitsor hang out at central park, I have always been greeted with a smile. I have never encountered disdain for my limited Spanish. I finally met a fluent English speaker, a taxi driver who had lived in the United States for a while before being deported. He can laugh about this whole ordeal now.

Although I wasn’t entirely comfortable with feeling like I was being watched, I felt like the community was watching over me. Everyone knew who I was and why I was there before I knew who they were. Once a strange man followed me to a restaurant, lying to the workers that I was his English teacher and that we were together. The restaurant managers were unconvinced and after confirming with me they chased the man away and quickly called a taxi for me. 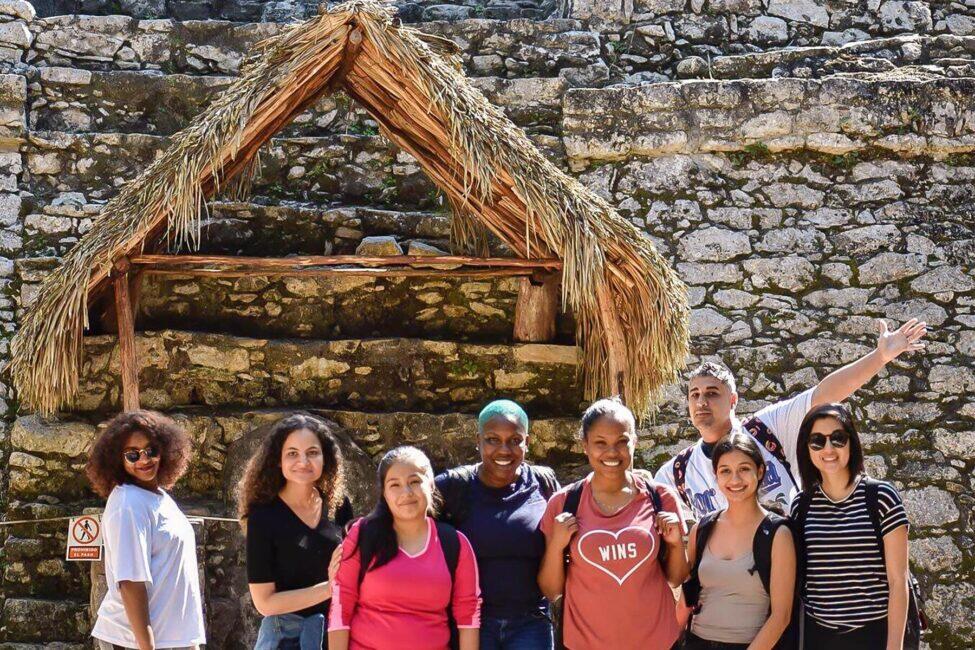 How a Mayan community survived the pandemic

Carrillo felt like a ghost town at times since many COVID-shy residents chose to stay home. There were also limitations to organized festivals due to COVID. Fortunately, I was there to testify Dia de Muertos (Day of the Dead) and Janal Pixan, a tradition where locals welcome the souls of those who have passed away for a month-long stay in their homes. Death and loss had plagued the region more than usual.

I would eventually learn the stories of families who continue to struggle with the pandemic. Margarita Puc Poot, mother of two Na’atik scholarship students, Linyu and Karen, had her own story to share. “The news told us [the virus] was deadly, so we went into panic mode and locked ourselves in our homes,” she told me. “We only went out for absolute necessities. My husband worked in a factory that exported peppers and cucumbers at the time. The borders closed and the factory closed, so many people lost their jobs. What were we going to do? We had to look for everything we could do to make money. It was very hard and we are always afraid of getting sick.

Marisol, a single mother from the Mayan community called Chun Uas, suffered so much from the closures that she returned to her community for a few months. Her son is also a scholarship student at Na’atik. “The pandemic affected me a lot in my business because I had my salon, and haircuts are not something necessary, so people did not come. I remember the first months when everyone was locked up Nobody was outside; it was even strange to see a car passing by,” Marisol recalls. “The only reason they went out was for food. So I didn’t work for a year and a half. I had to stop renting my living room because the rent was high and I couldn’t afford it. I am a single mother and this touched me a lot. In addition to the rent for my living room, I had to pay the rent for the room where we lived. It was a double spend. I had to find another place to live where I could also work. I had no income.

Using food to get through the pandemic

Cooking and selling food is a way for many Mayans to get through the pandemic. Families sold any food imaginable. Carrillo has a Facebook Marketplace with lots of food listings, including Milk rice, nachos and lasagna. Margarita sells food to make ends meet, and a student’s father started selling cinnamon rolls after he was fired from his job at a hotel. I was obsessed with Mayan dishes poc chuc and bean empanadas and would attend this market time and time again.

Although I have since left Mexico, I continue to follow its citizens and Na’atik students. Their strength and determination was simply inspiring. My heart fills with gratitude for these kind-hearted people who let me into their world with a tenderness that I have never felt in all my years of travel. If you would like to learn more about the Na’atik Language and Culture Institute and lend your support to the wider community, visit here.