While Park Eun Bin couldn’t escape the prying eyes of the media and the public, especially amid the continued popularity of her K-drama “Extraordinary Attorney Woo,” she has recently been the target of fake news online. Unfortunately, this type of news causes concern among his fans.

Park Eun Bin is the subject of fake news

Unfortunately, the 29-year-old star has become a subject of fake news online as some content includes malicious reports.

With that, netizens and fans expressed mixed reactions regarding this fake news about Park Eun Bin.

While the majority of commenters mentioned that the YouTube channel should be deleted or punished, others hoped that Park Eun Bin’s agency would take legal action against the malicious comments.

The alarming news comes at the height of her current K-drama “Extraordinary Attorney Woo.”

The love life drama is surely one of the most successful series of 2022 as the 16-episode series has created a major buzz among the viewers.

With skyrocketing ratings, overwhelmingly positive reviews, and a perfect streak in the top drama and actor rankings, the series is sure to open up plenty of opportunities not only for Park Eun Bin, but also for his co-stars. stars Kang Ki Young and Kang Tae Oh.

However, did you know that before landing the role of Woo Young Woo, Park Eun Bin turned down “Extraordinary Attorney Woo.”

During her interview with Allure Korea, the actress revealed that at the time, she was also offered to play the lead role in “The King’s Affection” with SF9’s Rowoon.

The role earned her several awards, including Best Actress at the 2021 SBS DRama Awards.

As for turning down the offer for “Extraordinary Attorney Woo,” the actress explained that she was terrified the role might offend other viewers.

“He’s my first genie-type character, and Young Woo is on the autism spectrum. I think I thought about what’s considered normal when taking on this role,” she said.

Luckily, the audience’s response is totally different than expected and is now getting good reviews from the audience.

What’s next for Park Eun Bin? 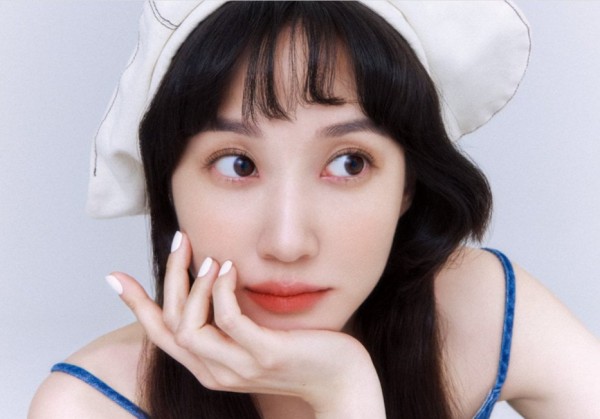 As the actress reaps the rewards of her hard work, it’s safe to say that Park Eun Bin will be starring in another K-drama in no time.

However, outside of her acting career, the 29-year-old star is the face of several brands, including Chilsung drink, Korean skincare brand The Face Shop and Rataplan Seoul, and has worked with the Swiss luxury watchmaker Tissot.

IN CASE YOU MISSED IT: ‘Extraordinary Attorney Woo’ Webtoon Disappoints Fans – Here’s Why