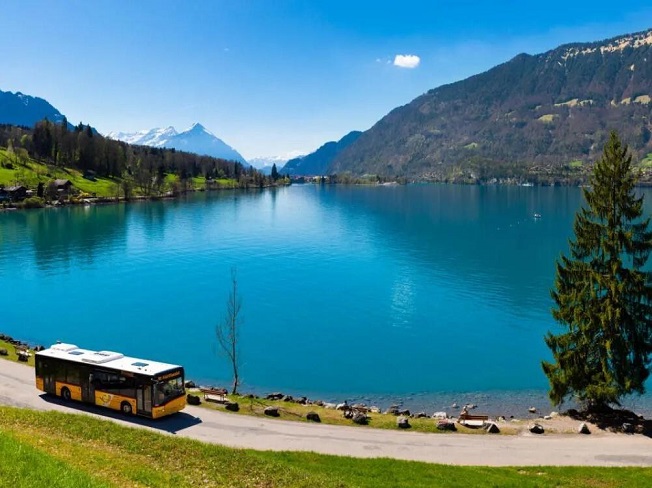 SEOUL, July 25 (Korea Bizwire) — A lakeside village in Switzerland that was one of the filming locations for the hit romantic comedy ‘Crash Landing On You’ (2019) is becoming a hot tourist destination thanks to the drama’s popularity Korean.

Swiss intercity bus operator PostAuto AG recently posted a notice on its official website stating that it will allocate more buses on bus line 103 during the period from July 23 to August 28.

The bus connects the two lakeside villages of Bonigen and Iseltwald, both located in the district of Interlaken-Oberhasli in the Swiss canton of Bern.

In the Korean drama, high-ranking North Korean officer Ri Jeong-Hyeok played the piano for his brother in Iseltwald. The drama’s heroine Yoon Se-ri, the daughter of a wealthy chaebol family, heard the song while traveling in Switzerland.

PostAuto said it decided to allocate more buses to the route as more tourists come to take a look at the village by Lake Iseltwald, adding that the village’s growing popularity is a new phenomenon affected by Korean drama.